The ACLU of Georgia calls an upcoming

The eight-hour course about Muslims set for Thursday was organized by the Barrow County Sheriff’s Office and approved by the Georgia Association of Chiefs of Police, ACLU legal director Sean Young said in a news release.

But Frank Rotondo, the GACP’s executive director, said he has pulled his organization’s approval for police chiefs to get the training.

The instructor is David Bores, a former police chief in Woodstock and retired U.S. Army lieutenant colonel who has taught criminal justice courses at local universities.

Rotondo said he spoke to Bores a week ago after hearing negative feedback about the class.

“No longer are we going to approve this,” Rotondo said, “and I told the training coordinator to pull it from our website.”

Bores still has approval for training credit through the Georgia Peace Officer Standards and Training Council, which oversees the Barrow sheriff’s office that is offering the course Thursday.

“Branding all people of an entire religion as inherently dangerous is not only un-American, it strongly suggests that law enforcement actions taken by your office are unconstitutionally motivated by discriminatory animus,” the organization said.

Edward Ahmed Mitchell, executive director of the Georgia chapter of the Council on American-Islamic Relations, called the course description disturbing.

“This course is to learn the jihadist enemy,” the description on the Barrow County Sheriff’s Office training calendar states. “How they define themselves by documents and social media, the historical basis to justify their actions, and their inspirations. This course also covers the Grand Jihad to eliminate America by terrorist acts and subversive acts under the Muslim Brotherhood.”

Smith told The Atlanta Journal-Constitution the course material covers previous terrorist attacks and incidents, and shows officers ways to identify threats without profiling. He insists the course isn’t about hate, but instead about helping his officers learn to identify extremist behavior, and to better protect everyone in his county.

“In the class that I’ve taken, his disclaimer is very clear,” Smith told Channel 2 Action News. “That just because you practice Islam and you’re a Muslim does not make you a violent person.”

But in a 2016 presentation to the Atlanta Vietnam Veterans Business Association, Bores’ lecture included the idea that Muslims are required by their faith to “destroy Western civilization” and they do this by slowly conditioning the West to accept Islam by allowing “public space” to become “Muslim space.”

Bores taught that Muslims accomplish these goals by getting the local community to permit mosques, schools and Islamic centers as well as allowing women to wear veils in public and having access to halal food.

Bores said in that presentation he had a problem with Muslims praying in public, citing issues with blocking public streets. Moments later, he said he didn’t find trouble with prayer five times a day, but has a problem with taxpayers funding “foot baths” so Muslims can wash their feet before they pray.

Mitchell countered by saying people have a right to express their views, even if unfavorable to Muslims, “but they do not have the right to do so while teaching official classes to law enforcement agencies on behalf of the State of Georgia.”

Mitchell attended a presentation in 2015 by Bores and wrote in Atlanta Muslim, “Bores spent an hour assailing Islam with what I will politely describe as misinformation, blaming ‘Sharia law’ for everything from honor killings to female genital mutilation, despite the fact that these are disgusting cultural practices that have absolutely nothing to do with Islam.” 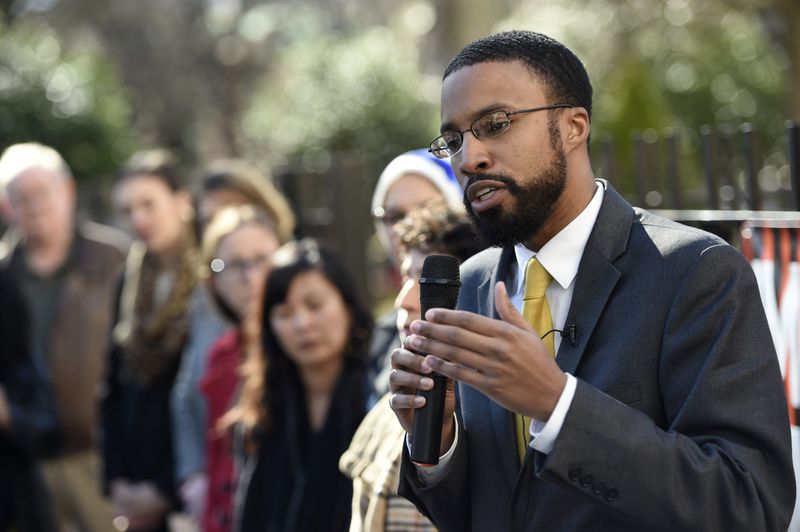 Rotondo said he had never sat in a class with Bores.

“I’m not educated in the Muslim religion and wouldn’t be able to evaluate the class,” Rotondo said.
He added that the basic concept of the religion’s ideology is important to know with respect to community policing.
“Just like police would want to understand the Jewish culture in a predominant area,” he said.
Until POST re-evaluates the course material, Rotondo will not approve the course, he said.
The class in Barrow County starts at 8 a.m. Thursday.