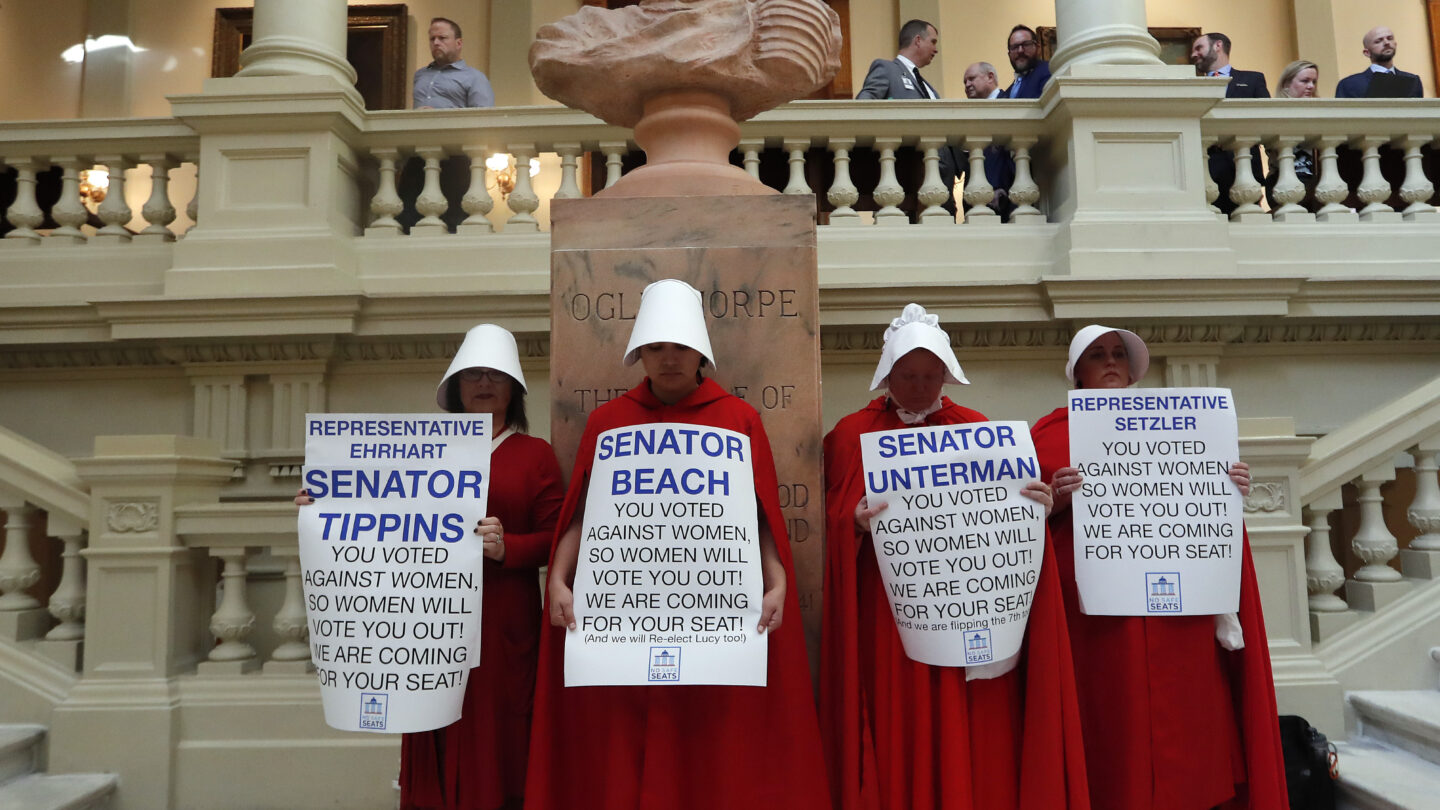 A panel of judges is now one step closer to ruling on whether Georgia’s restrictive abortion law can take effect.

The state of Georgia and the coalition of groups challenging the law submitted new legal briefs Friday night, just before a midnight deadline. The 11th Circuit Court of Appeals requested the briefs after the U.S. Supreme Court overturned Roe v. Wade and the constitutional right to abortion last month.

Georgia’s law has been tied up in litigation since Gov. Brian Kemp signed it in 2019. If implemented, the law would ban most abortions after cardiac activity is detected – typically about six weeks into a pregnancy and before most people know they are pregnant.

Georgia Solicitor General Stephen Petrany wrote to the court that the law should be allowed to take effect following the Supreme Court’s ruling in Dobbs v. Jackson Women’s Health Organization.

“Plaintiff-Appellees now have no case,” Petrany wrote in a brief to the court. “Their challenge to Georgia’s prohibition of post-fetal-heartbeat abortions is dependent on a theory of subsstantive due process, and Dobbs held that there is no substantive due-process right to an abortion.”

The plaintiffs – reproductive rights groups and abortion providers represented by the American Civil Liberties Union – acknowledge in their brief that most of their legal arguments for tossing Georgia’s abortion law are now moot following the Dobbs decision.

ACLU lawyers are now focusing on one provision in Georgia’s abortion law that grants “personhood” to embryos once cardiac activity is detected.

That measure could have a whole host of legal implications – such as parents being able to claim an embryo as a dependent on their taxes or parents filing child support claims for an embryo.

“This Court should affirm the permanent injunction against the Personhood Definition based on the District Court’s independent determination of unconstitutional vagueness,” the lawyers wrote. “That injunction is unaffected by Dobbs, which did not address a vagueness claim.”

The ACLU lawyers are arguing that the personhood provisions are vague, and they are making a case for striking down that specific part of the law on two constitutional grounds:

First, they argue clinics and physicians are afforded due process rights to pursue their professions without fear of criminal prosecution.

Second, they say the rules would infringe on patients’ right to procreate.

“By threatening reproductive healthcare providers with criminal penalties for providing routine obstetrical and gynecological care… and thus chilling and delaying needed diagnostic and treatment services for pregnant people… the Personhood Definition forces those who procreate to incur needless medical risk,” the lawyers write.

Legal scholars say the court is likely to uphold Georgia’s abortion law, but the judges could halt just the law’s personhood provisions.

“Given the disposition of this panel, I suspect the state’s arguments will carry the day,” Georgia State University Law Prof. Anthony Kreis wrote on Twitter. “The LIFE Act will be allow[ed] to go into effect shortly. I give the personhood language a small but not insubstantial chance of being enjoined by the federal court.”

Once the 11th Circuit panel rules, that won’t end the legal battles over Georgia’s abortion law. Supporters of abortion rights are planning to challenge the law in state courts, arguing Georgia’s constitution affords sweeping privacy protections and that those rights are threatened by the restrictive abortion law.