Georgia’s ban on water for voters challenged in court 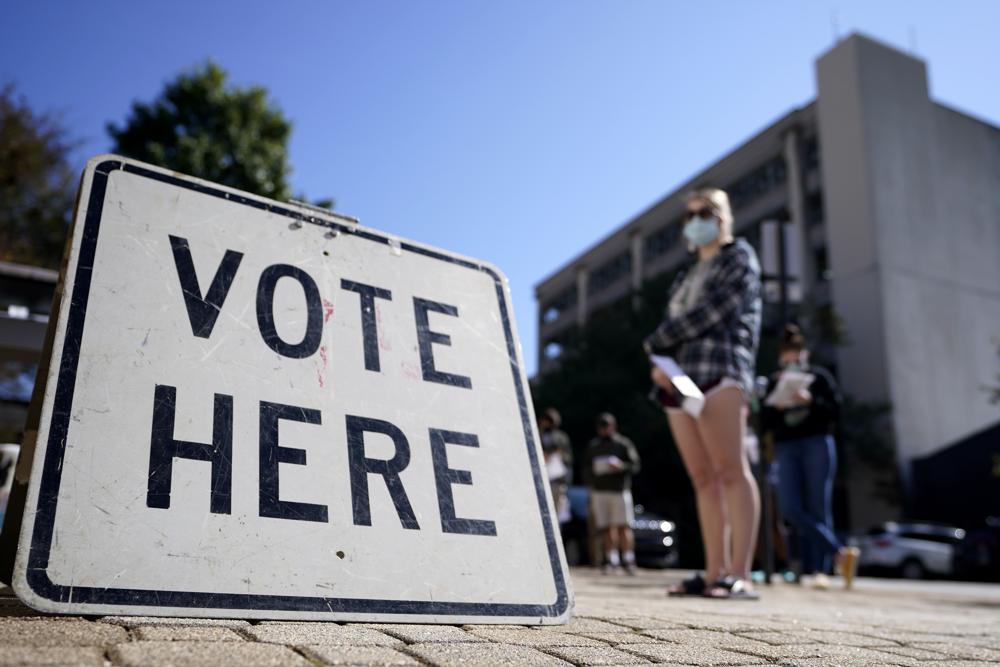 ATLANTA (AP) — Voting rights groups asked a judge on Monday to block a provision of a new Georgia law that is not necessarily the most consequential, but one that has certainly attracted the most outrage: a ban on handing out food and water to voters waiting in line.

The ban is just one piece of a 98-page bill containing dozens of changes to state voting law, including shortening the time to request a mail ballot, rolling back the pandemic-driven expansion of ballot drop boxes and reducing early voting before runoff elections.

But it is perhaps the easiest to understand and one that critics call especially punitive. The groups argued that it illegally infringes on their free speech rights and should be blocked immediately, even before any broader case challenging other areas of the law goes to trial.

Lawyers for the state described the provision as a “bright line” drawn to prevent circus-like conditions around polling places that could spur concerns over the possibility of illegal campaigning or vote-buying. But former Richmond County elections director Lynn Bailey called the measure “harsh.”

The U.S. Justice Department has also sued trying to overturn Senate Bill 202, arguing that it’s racially discriminatory, but it was not among the groups seeking an injunction Monday.

The state argued that it’s too late, under earlier court decisions, for Boulee to make changes to the November election. The plaintiffs cited multiple examples of when changes were made up to the eve of elections.

Many Democrats pledge to roll back Senate Bill 202 while protecting election results from attacks. Republicans argue that smooth balloting in May primaries with relatively high turnout and short lines showed the new law doesn’t restrict voting. But opponents warn the law puts up roadblocks to marginalized voters, an effect they say will become more evident in November.

It was in that context Monday that groups asked Boulee to block the food and beverages ban, known as “line relief” or “line warming,” saying it violates their free speech right to encourage people to vote.

He said that Georgia “stands alone” as the only state to ban and criminalize the practice.

Rhonda Briggins of the Delta Sigma Theta sorority, said her historically African American group had been among those offering food and water to voters in previous elections, but halted the activity when the new law was passed.

“We’ve been doing it for years,” Briggins said. “It is to encourage people to stay in line. We’re the cheerleaders.”

But state witnesses argued that such activity spun out of control in the 2020 election, with clearly partisan groups providing elaborate food and other goods. State Election Board member Matt Mashburn, a Republican poll watcher before he was named to the board, said he witnessed Democrats not only providing food but apparently controlling the line outside a Cobb County polling place during early voting.

“My reaction to that is, we’ve completely lost control of the precincts,” Mashburn said. “And when the voters see the poll workers have lost control, it makes them very nervous for their own safety and makes them nervous that somebody’s cheating.”

The judge asked hypothetically whether it would be acceptable for groups to give steaks to voters.

The plaintiffs noted that electioneering within 150 feet (45 meters) of a voting place was illegal before and after the new law, as was giving someone a thing of value in exchange for voting, and the state should enforce those laws to prevent improper campaigning.

They also argued that Georgia could have more narrowly tailored its law by limiting the value of what can be given to voters. But Ryan Germany, the chief lawyer for Secretary of State Brad Raffensperger, said that forcing overburdened poll workers to police whether gifts were illegally tied to voting or whether people were illegally campaigning was “a tricky proposition” that depended on the facts of each instance.

“It’s a bright line rule,” said lawyer Gene Schaerr. “No one has to decide how much is too much.”