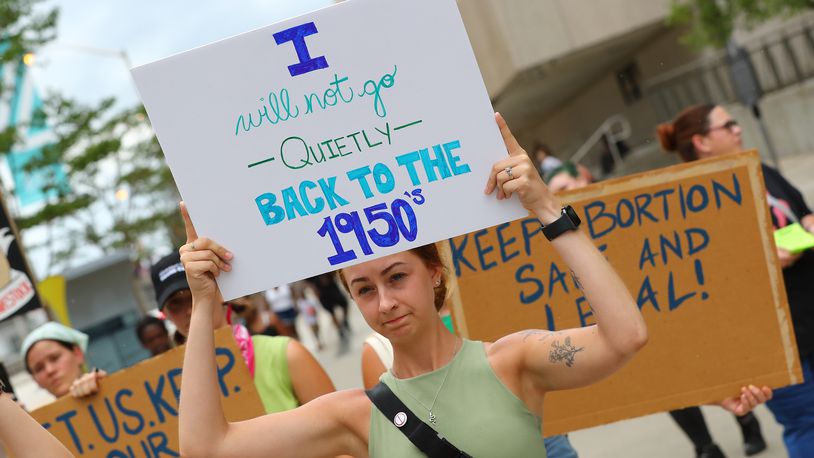 The June decision from the Supreme Court ended a nearly 50-year precedent asserting the constitutional right to an abortion and leaving the procedure up to each state, and Georgia’s lawyers said those challenging the law no longer have a case.

A federal judge in 2019 blocked a Georgia law from taking effect that would ban most abortions once a doctor could detect fetal cardiac activity, which can happen as early as about six weeks of pregnancy and before many women know they are pregnant. The state appealed the district court decision and the 11th Circuit Court of Appeals in September put the case on hold, deciding to wait for the Supreme Court’s ruling in the Mississippi case that was just decided.

Georgia’s law is different from other states’ “heartbeat” statutes because it includes so-called personhood provisions, where rights are extended to an embryo once fetal cardiac activity can be detected.

In Georgia’s law, parents would be able to claim a fetus, once a heartbeat is detected, on their state income taxes as a dependent, and the measure would also require state officials to count an unborn child toward Georgia’s population. Mothers can also file for child support once cardiac activity is detected.

The American Civil Liberties Union of Georgia, who is suingthe state on behalf of abortion providers and other reproductive rights groups, conceded that the Dobbs decision invalidates their arguments to stop the ban from taking effect. However, the ACLU said in its filing Friday the “personhood” provisions are too vague and would make it difficult for its clients — abortion providers — to know when they are in violation of the law.

The ACLU pointed to a ruling from a federal judge in Arizona, who this week blocked that state’s 2021 “personhood” law that gave legal rights to an embryo upon conception. The judge there said the law was unconstitutionally vague and left providers and patients guessing about what laws they could be breaking if an embryo has the rights of any citizen.

The ACLU argued that “personhood” provisions violate the constitutional rights of medical providers by keeping them from “pursuing their ‘chosen profession’ — providing care for pregnant people — ‘free from unreasonable governmental interference.’” They told the judges they should allow the ban on the “personhood” provisions to remain in place.

If the appeals court agrees to let all of Georgia’s law take effect, state agencies — such as the Department of Revenue, the Division of Child Support Services and the Georgia State Patrol — will have to figure out how to uphold and enforce the ‘personhood’ provisions.

The challenge to Georgia’s law has been pending before a three-judge panel of the federal appeals court in Atlanta. In September, the panel put the case on hold, deciding to wait for the U.S. Supreme Court’s ruling in the Mississippi case that was decided last month.