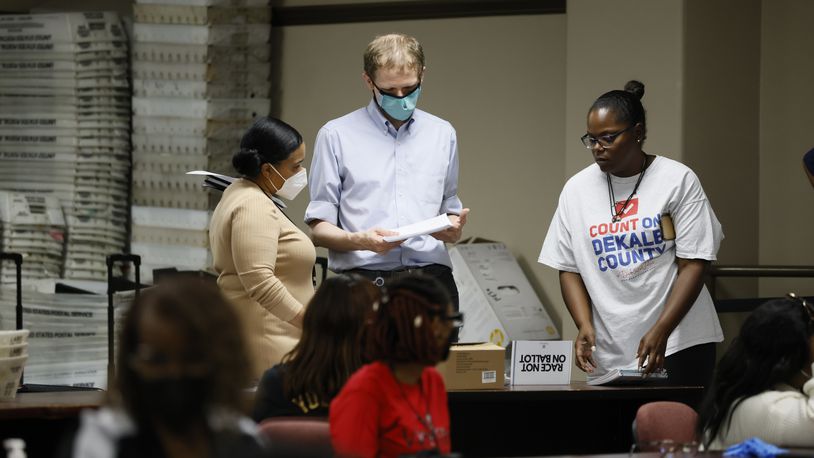 For our Democracy to work, voters must have faith in the system.

It doesn’t help when elected officials – always those on the losing end of a hard-fought race, by the way – undermine the system with claims that the results cannot be trusted.

We saw that during the presidential election, and we’re now seeing it again in DeKalb County.

After last month’s primary, the secretary of state’s office admitted that it had made several programming errors in voting equipment, which led to mistakes in how votes in the DeKalb County District 2 commissioners’ race were tallied.

In this political atmosphere, these types of errors are unfortunate – and must be addressed.

But elections officials assured everyone that the election was on the up and up by first trying to re-scan those ballots. Then, they undertook the painstaking task of counting the ballots by hand.

The DeKalb County Board of Registration and Elections wasn’t able to certify the results until Friday – days after the state’s official deadline.

As Nancy Jester, the vice chair of the election board, said: “Whether we miss the deadline by a day or a couple more days, I think that accuracy in this process and confidence in this process is really important for the public to see.”

After the votes were counted – again, by hand – the new results showed a significant change in the outcome.

Marshall Orson, a longtime DeKalb school board memberseeking the commission seat, had been leading in initial results. But the hand count showed him with about 1,600 fewer votes than originally reported.

That left him out of contention altogether in this month’s runoff.
We understand why Orson is upset.

Yet, on Friday, he took the irresponsible step of pleading with the local elections board not to certify the results.

He called for an “independent review.” And questioned whether the public could have “confidence” in the results.

To Orson’s credit, he later said that he wouldn’t take his plea to the courts, and he threw his support behind one of the candidates.

By then, though, the damage had already been done.

Andrew Bell, a candidate in a separate DeKalb commission race, filed a petition in Superior Court asking that a recount be conducted in that contest. (His petition was dismissed.)

The DeKalb GOP asked the board to conduct hand counts in additional races. And the ACLU of Georgia weighed in, using the DeKalb situation to criticize SB 202, the state’s newest election law – changes, by the way, that this newspaper assailed as a “house built hurriedly on shifting sands of lies.”

There was a time, not long ago, when those seeking public office were gracious in defeat.
That all changed after the last presidential election.

Such actions, after all, only threaten to erode our Democracy.